The Hulk in colored pencil!!

I drew the Hulk capturing the image of Bruce banner in the Avengers A!! What do you think?  Prints are available on my online store. 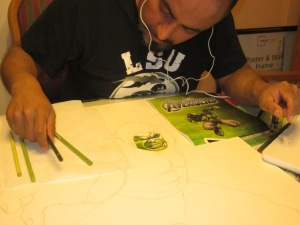 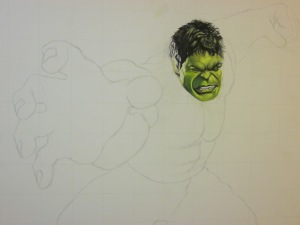 Guardians of the Galaxy/Art prints available by Martin M. Rocha

Just saw the film last night and it was fantastic. I have never seen anything like it. I strongly recommend you watch it. It is a space action packed adventure!! It is not a comedy, but had plenty of laughs, action, drama and emotion. It actually made me cry a few times. I never heard of the Guardians before the promotion for the film began, however. It touched my heart and such misfit characters such as Groot and Rocket were so bad-ass nevertheless, they were also so sweet. I knew in my heart that the movie will be awesome and I can not wait for them to join forces with the Avengers in the 3rd installment!!

Meanwhile I just recently drew the Guardians with colored pencils. Click on my online store if you would like to buy one. PRINTS WILL ALSO BE AVAILABLE AT THIS YEAR’S WIZARD WORLD COMIC CON AT THE STEVENSON CENTER IN ROSEMONT ILLINOIS AUGUST 21st through the 24th. HOPE TO SEE YOU THERE!!

Art at its finest. Please check out Martin M. Rocha Art. A blog about drawings that vary from Children to Rock n Roll, from Celebrities to Superheroes. This one has some great treats.